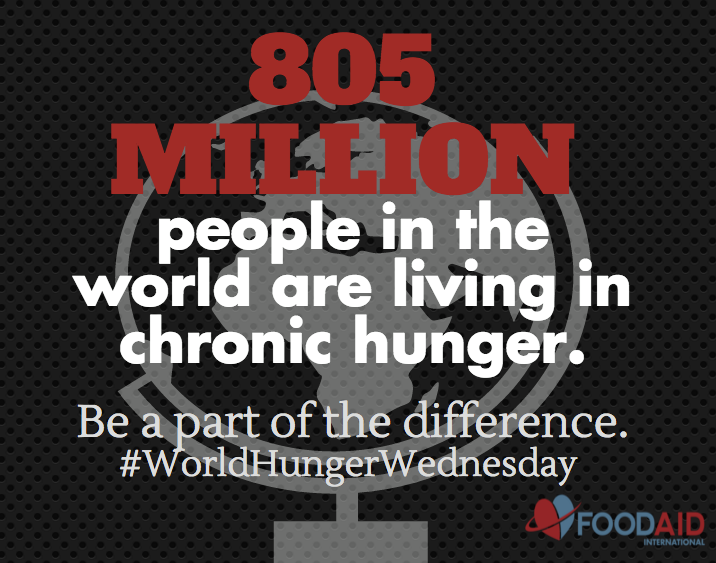 About a year and a half ago, the Food Aid International team kick-started the #WorldHungerWednesday Initiative – a social media campaign aimed to raise awareness for the extent of world hunger.

Did you know that poor nutrition causes one in two deaths under the age of five?

Did you know that there is enough food in the world to feed everyone 2,500 calories every day?

Did you know that hunger takes more lives each year than AIDS, Malaria, and Tuberculosis combined?

If so, consider yourself among the few. If not, then you’re already getting the gist of what the initiative’s aim is.

World hunger is an issue of colossal scale – most people recognize that it is a major issue in the world, but few understand the gravity of the problem and the destruction it causes to lives across the world every day. The children that spend days worrying about when their next meal is, the lives that are lost every day due to malnutrition – they’re so much more than numbers. But sometimes it takes numbers, facts, and statistics to help us in the western world wrap our heads around the reality of world hunger.

It’s hard to hear things like “66 million children worldwide attend school hungry,” without being compelled to help make a difference, and that’s our end goal: to educate the general populace about hunger to compel them to help be a part of the difference.