Food-Aid International is a humanatarian, global, IRS approved 501(c)(3) non profit organization that has joined the fight against poverty and world hunger. Through a partnership with Kids Against Hunger, Food Aid packages and ships malnutrition fighting meals to starving children around the world.

In a world where 16,000 children die everyday due to hunger related illness, Food Aid International seeks to mobilize volunteers to package meals, ship meals, and save lives! 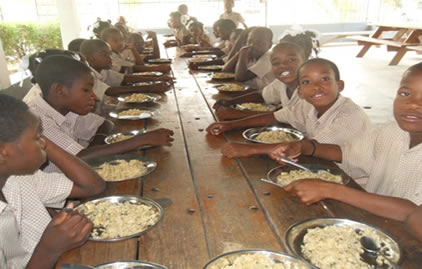 why we do it

GLOBAL HUNGER 1.02 billion people do not have enough to eat – more than the populations of USA, Canada and the European Union (Source: FAO news release, 19 June 2009) The number of undernourished people in the world increased by 75 million in 2007 and 40 million in 2008, largely due to higher food prices (Source: FAO news release, 9 Dec 2008) More than 60 percent of chronically hungry people are women (Source: The State of Food Insecurity in the World, FAO, 2006)

CHILD HUNGER Every six seconds a child dies because of hunger and related causes (Source: State of Food Insecurity in the World, FAO, 2004) 10.9 million children under five die in developing countries each year. Malnutrition and hunger-related diseases cause 60 percent of the deaths (Source: The State of the World’s Children, UNICEF, 2007)

MALNUTRITION It is estimated that 684,000 child deaths worldwide could be prevented by increasing access to vitamin A and zinc (Source: WFP Annual Report 2007) Undernutrition contributes to 53 percent of the 9.7 million deaths of children under five each year in developing countries. This means that one child dies every six seconds from malnutrition and related causes (Source: Under five deaths by cause, UNICEF, 2006) Iron deficiency is impairing the mental development of 40-60 percent of the children in developing countries (Source: Vitamin and Mineral Deficiency, A Global Progress Report, p2, UNICEF) 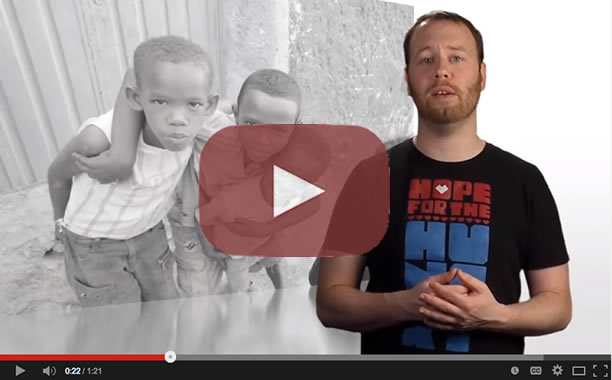 Food Aid International packages highly nutritious, life-saving meals for starving and malnourished children and their families in developing countries and the United States. The goal of the organization is for its meals to provide a stable nutritional base from which recipient families can move their families from starvation to self-sufficiency. Food Aid accomplishes this by mobilizing the energy and caring of American children, teens, and adults on behalf of hungry children around the world. Food Aid seeks to end the literal hunger of children receiving the meals, but also satisfies a hunger among prosperous Americans – a hunger for meaning and contribution.

Food Aid International is committed to mobilizing partners (schools, churches, businesses, and individuals) to help put an end to world hunger. Through strategic partnerships, Food Aid is able to assist our partners in funding and packaging meals that will literally save lives and help put an end to the problem of hunger! 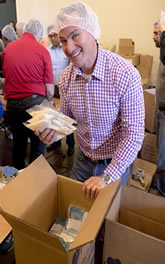 According to the most conservative United Nations statistics, over 16,000 children die every day due to hunger-related diseases before they reach five years of age (Source: Human Rights Council. “Resolution 7/14. The right to food”. United Nations, March 27, 2008, p. 3), but this number could be as great as 40,000 people if you include those aged five and older. Statistics vary between the United Nations World Food Programme and UNICEF, but the fact remains: even one child is one too many!

The problem is not finding volunteers, or one of logistics, although these are real issues. We have the food solution. The real problem is finding the funding necessary to achieve the goal. We must continue to raise awareness of the issue of world hunger, specifically how it is affecting the children of the world, so that the resources that are available can be focused on what is arguably the most pressing issue of our time: that of STARVATION!