Food Aid International’s volunteer-based meal packaging program plays an important role in reducing hunger around the world. Food Aid in partnership with Kids Against Hunger packages meals that have been formulated by food scientists to provide a rich source of easily digestible protein, carbohydrates, and vitamins needed by a malnourished child’s body and mind. The food also accommodates to the broad diversity of ethnic tastes and religious differences around the world. These meals are then distributed around the world to families and children suffering from severe hunger and malnutrition.

The tragedy about hunger is that there is enough food in the world to feed everyone 2700 calories per day!

ONE IN SIX AMERICANS LIVE IN POVERTY

WASHINGTON (AP) — The level of poverty in America is even worse than first believed. A revised formula for calculating medical costs and geographic variations show that approximately 47.4 million Americans last year lived in poverty, 7 million more than the government’s official figure.

The disparity occurs because of differing formulas the Census Bureau and the National Academy of Science use for calculating the poverty rate. The NAS formula shows the poverty rate to be at 15.8 percent, or nearly 1 in 6 Americans, according to calculations released this week. That’s higher than the 13.2 percent, or 39.8 million, figure made available recently under the original government formula.

That measure, created in 1955, does not factor in rising medical care, transportation, child care or geographical variations in living costs. Nor does it consider non-cash government aid when calculating income. As a result, official figures released last month by Census may have overlooked millions of poor people, many of them 65 and older. 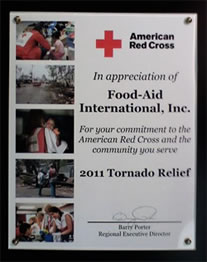